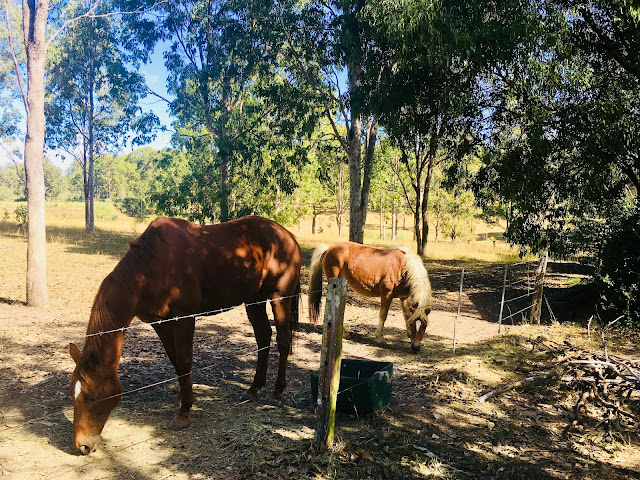 We’ve added a new friend to our menagerie.
Laura is happy with a new friend, even when he doesn’t let her boss him around. She has great respect for the reach length of his legs, she has now become the little one.
Thinking how our little Moony, who passed away in February, would have been able to run straight through his legs! 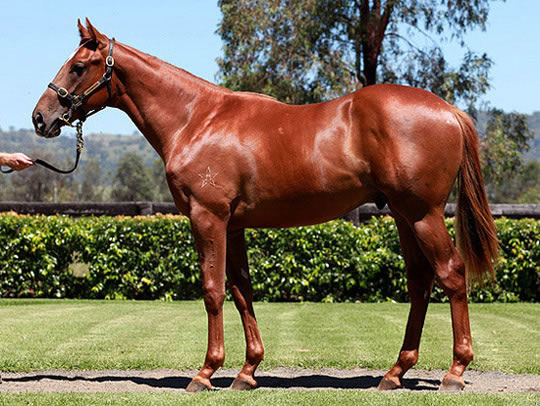 This is Chester, who was a kickass racehorse. But after 5 years of running, his heart wasn’t in it anymore and he got dumped retired.
The owners no longer willing to pay agistment, abandoned him and so he became “free to a good home”. Three months after his last race, still filled up with high power racing foods, I saw him and rode him. Even though he was a bit jittery, he didn’t set a foot wrong, willing to work and give things a try.
After a life of running full speed (straight) ahead, trotting and circle work were difficult for him. Unbalanced as he was, he tried his hardest and stole my heart.
And so this beautiful, giant, chestnut Thoroughbred came home with me. 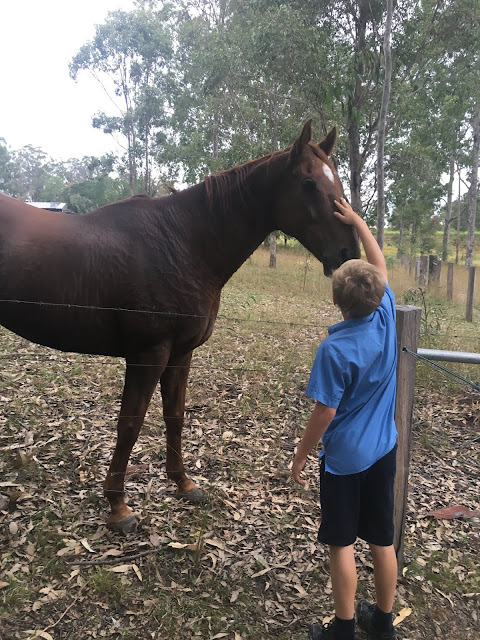 The first two hours in a big paddock saw him running around like a loon.
Bucking his bum off and doing victory laps of freedom.
I must admit that I had a moment of: “what did I bring home?!?!?” 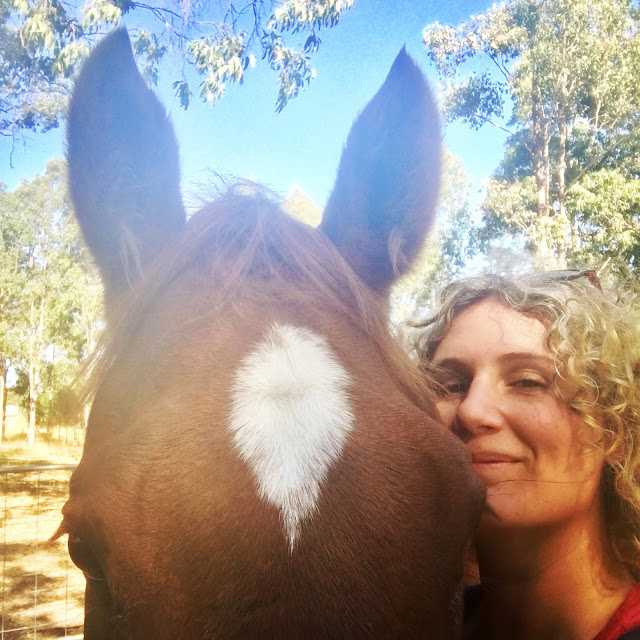 But he has slowed down, getting the power food out of his system, his hooves tidied up and general checked over by a vet. He’s a beautiful gentle soul.
I’ll be focusing on ground work with him. Getting him into better habits, more flexible and balanced. Starting his re-training at the very beginning, while building a strong foundation to advance from.
But for now, most of all, letting him just be just a horse... 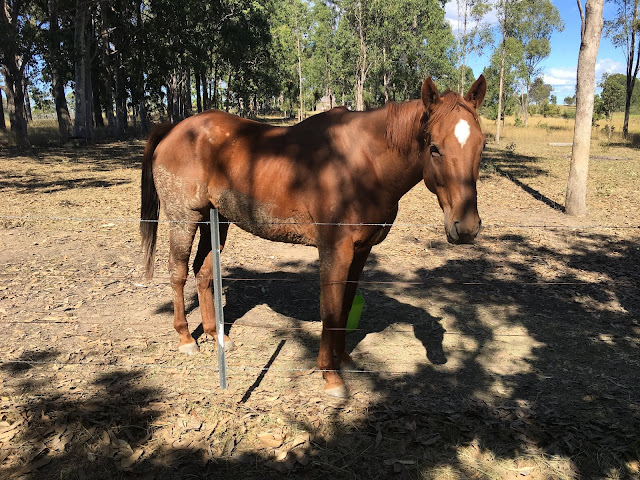 This beautiful groomed to the nines horse, that saw most of his life being stabled, got into the dam  first chance and covered himself in mud. This big guy loves water, the dam is a great hit.
Chester was the name of the guy that build our dam...
And that’s how he got his “second life name”, Chester the Chestnut.
Only 8 years old, I hope to have many good years with him.

Email ThisBlogThis!Share to TwitterShare to FacebookShare to Pinterest
Labels: Horses