This week: And another flood hits... 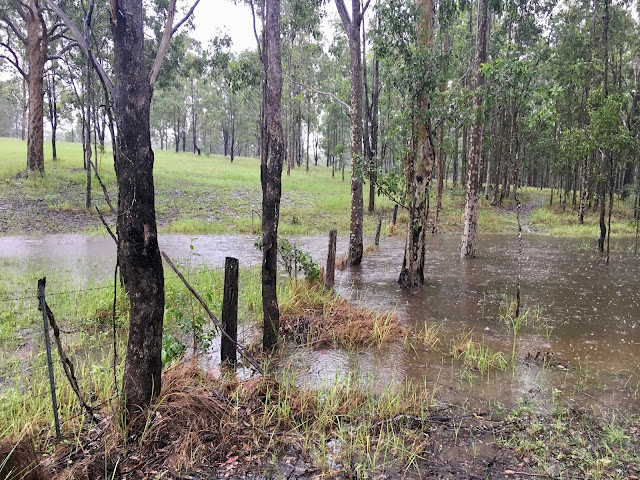 I called the last blog “After the rain”.
Well...
We were in for some more rain, a lot more.
Cyclone Debbie created lots of damage as a cyclone category 4 in Tropical Queensland, then came down as a tropical low. That’s when things got nasty quickly. Some places got up to 900mm of rain (Sydney’s annual rainfall, in one day!). Flash flooding made the familiar roads scary, whole sections of roads, bridges and even houses got washed away by swollen creeks and rivers. Several days have passes, but many roads are still cut off, some rivers are only now starting to peak.
The dam kept, again, a bit more erosion, nothing fatal. The second paddock just about drowned. 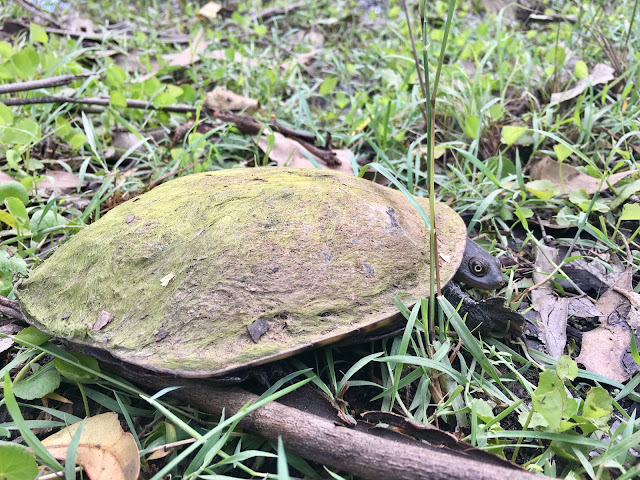 I found this tortoise wandering on the road, we took him home and released him in the dam. 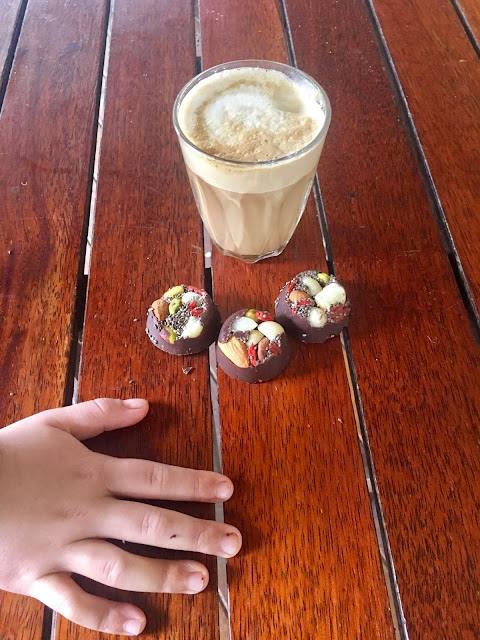 I might not have done much baking lately, but I keep playing with these little beauties. Very easy to make (kids make them actually), and always something in the fridge when visitors stay for a cuppa.
Autumn is a fact, nights are cooling, the wind is howling and the bag with jumpers has come out of it’s hiding. Warm(ing) foods are getting appetising again. A batch of green apple muffins with a dedicated sprinkle of cinnamon was a thing today. 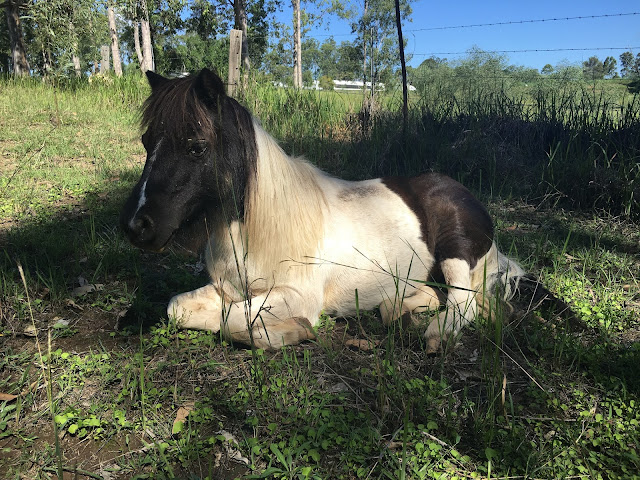 The horses are keeping well under the constant insect attacks. Gotta love a good insect repellant.... 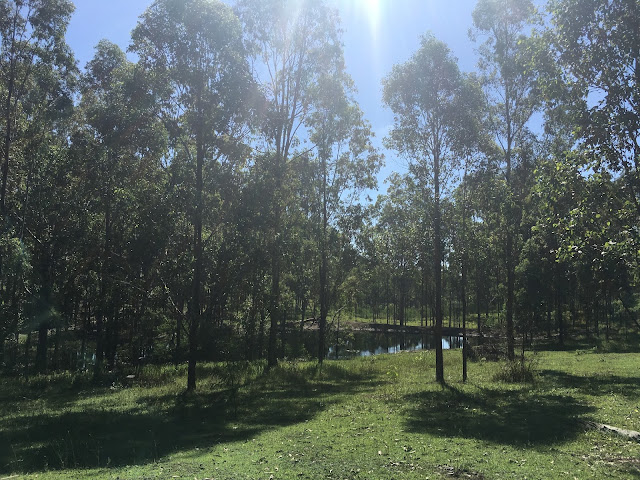 The dam looking all serene before the rain started up again. It’s a nice place to be and look out on. With the school holidays coming up, I hope to do some planting along the edges to strengthen them and kickstart new growth. 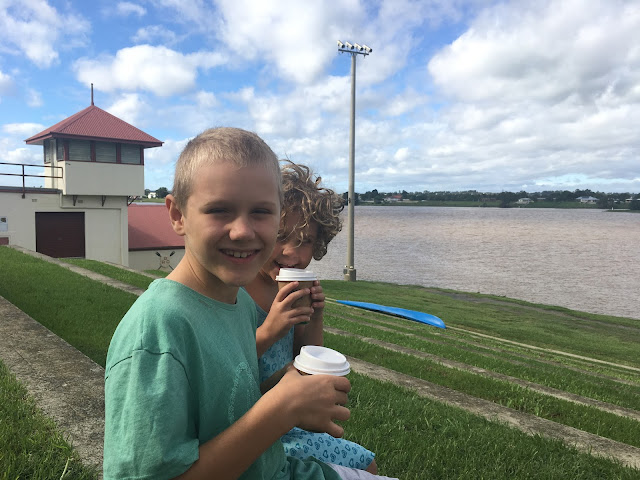 School got closed because of the bad weather, a day too late if you asked me, but I had myself a special day with the eldest two. Enjoying a cuppa by the river, a gallery visit, before I got dragged into the library: “we can’t get flooded without a healthy pile of books.”. That’s the spirit... ;-) 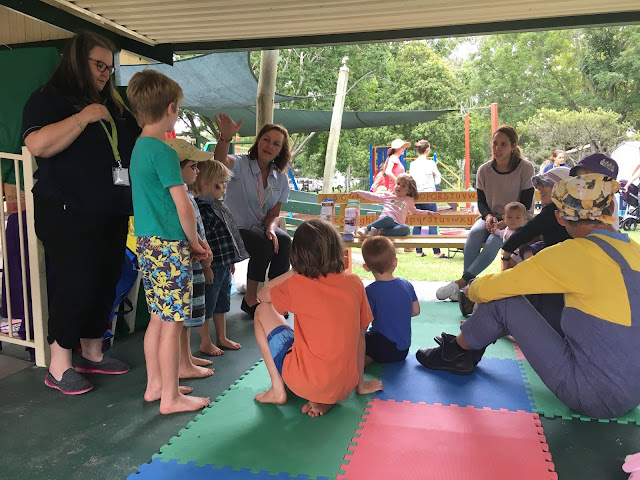 Today we had the Biggest Playgroup Day, an annual event that our playgroup organises. It’s a fabulous day where we go full-out: jumping castle, face painting, petting zoo, kids entertainment, accompanied by all these different community group like the library with story telling, the gallery with craft projects and so on. We had at least 100 kids (!) through the gate, ranging between 0-5 years. Just keep breathing.

I’ve been with this playgroup 6 years now, as long as we’ve been in Grafton. It has been a place to meet new people, to catch up while the kids play. I’ve been treasurer for several years, this year I’m coordinator, under the wing of my friend Angie. She has been with playgroup many more years, however her youngest of four is starting school next year and I’m not sure how we’re going to manage without her! At least we’re learning the ropes, hopefully I’m brave enough to step up to the plate next year. 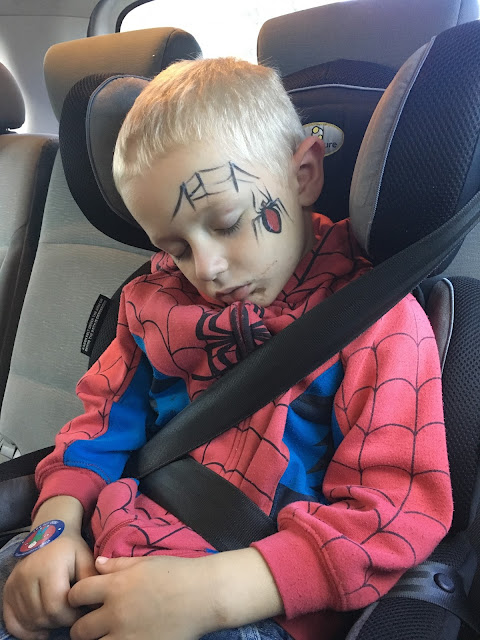 How I feel...
SaveSave