Ok mums it might be best if you stop reading here...

Margriet, Evelien, I mean it!

Come back tomorrow, I’ll put some cute photo’s of David on here, just for you.

Janneke, this might be a good time for you to head off as well...

Bye for now! Love you! See you back tomorrow! 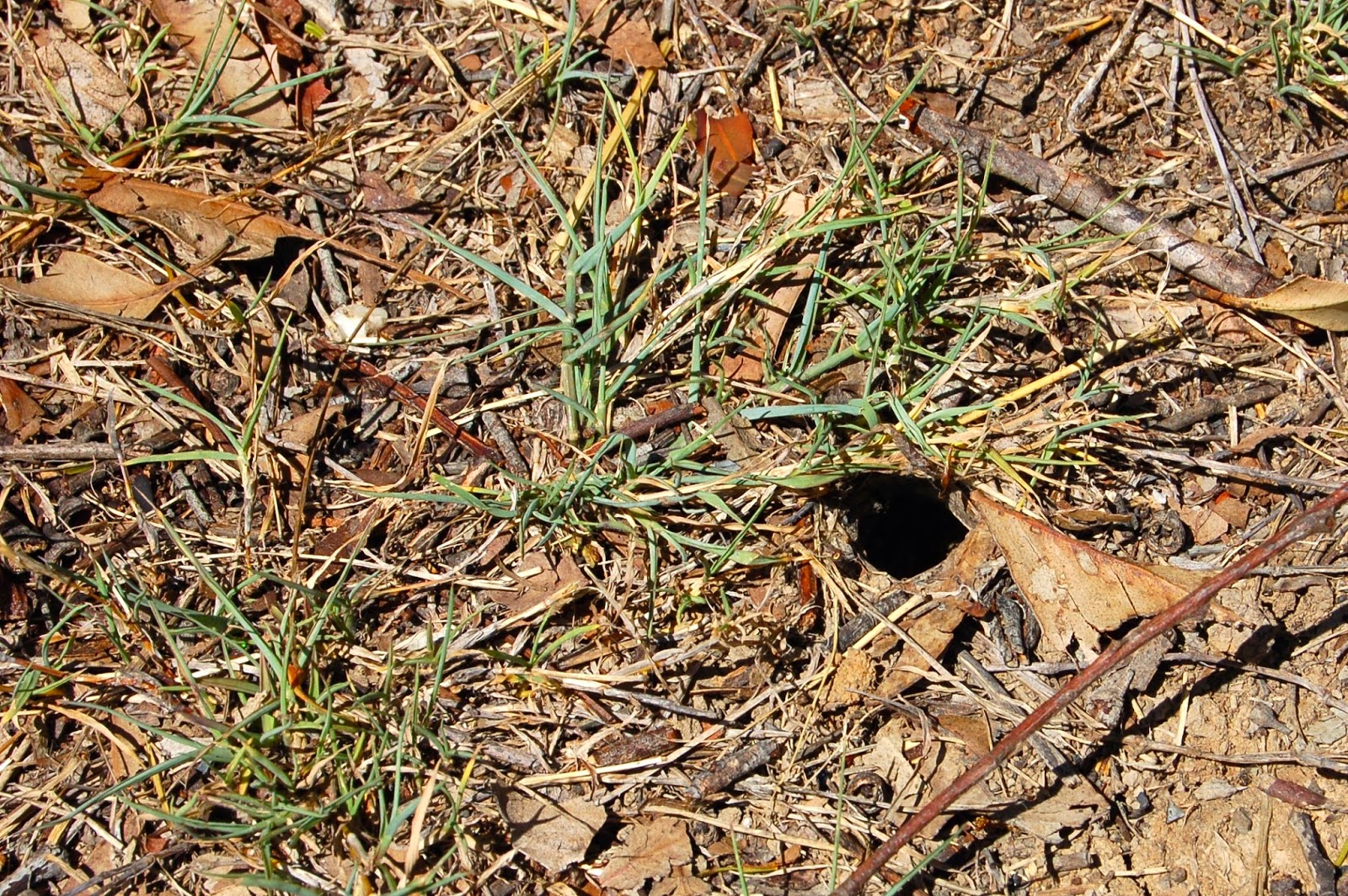 Sorry for that. Like most mums, they freak out when things get scary. And to be totally honest, me included...

Yesterday, a visiting friend mentioned he saw a funnel web spider scurrying away, when he was about to put something in the bin. If I had some poison...
I have a lot of stuff laying around, but other then a very old bottle of mosquito spray, nothing poisonous. A bucket of boiling water went down the hole instead. Phew.
Until this same friend told me, if there is one, there will be more. A careful scout for holes turned out there are more, many more. Bugger...

I close the door go inside and feed David. Ok, I’m a bit worried but it can’t be too bad, let’s check wikipedia:
“Australian funnel-webs are one of the most dangerous groups of spiders in the world and are regarded by some to be the most deadly, both in terms of clinical cases and venom toxicity.”

Ok, I’m seriously freaking out now. This is a part of the garden I walk multiple times a day, putting up washing, then getting it down again. Walking to and from the car. And all of that, most of the times with kids, that not always wear their shoes as they should outside.
Welcome to Australia!

Breath, don’t do anything harsh, go read a book to shift your thoughts, then look at it again.
A couple of years ago, while still living in Queensland, I felt the same. I encountered a Taipan in the veggie garden, then a week later a Brown Snake (both in the top 3 of most deadliest snakes in he world). I was never going outside again!

What helped then and helped again yesterday was statistics. Cold, emotionless, scientific research.
Here we go:


This is a period of 10 years. Where are the spider bites I hear you think. Well there weren’t any since anti-venom became available in Australia in 1980...

Snake bites? Less than eight. Keep in mind that some of the snake attacks would be of people who handle snakes, keep them as pets and such. More people die worrying about snakes.
I’m still driving a car, so maybe I should get over myself.

So are the kids going to catch some of these spiders for pets? I don’t think so!!!
Instead we’ve had another sit down on how we treat animals. Do we poke or prod them with sticks? Do we make them cranky by digging out their holes? We don’t, we walk away and let them be. We wear shoes when outside, just in case we upset one by accident.
If one of the kids sees a scary animal they come inside and tell me, so we deal with it together.

I’ve talked with Tim & Sophie about how to call an ambulance and what to do when you get bitten (pressure cuffs, ambulance, calm), just in case. Because although chances are very small, better to be smart about it.

Be sure to read this article, so funny, but so true.

Email ThisBlogThis!Share to TwitterShare to FacebookShare to Pinterest
Labels: Wildlife