Autumn - Playing in the Back Yard 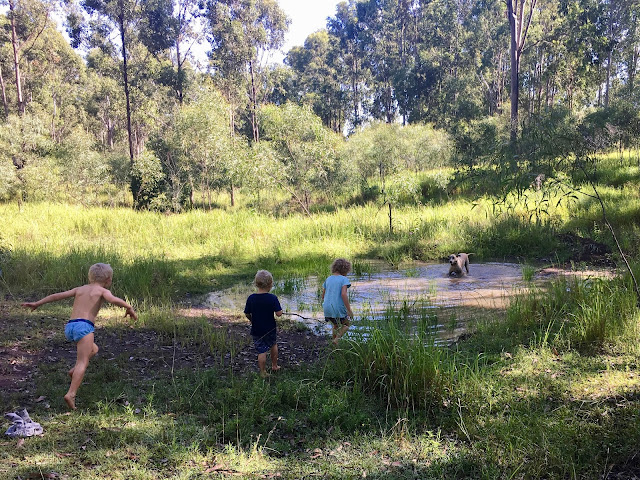 Our backyard is:
So many waterholes, to tramp through and to play with the dog.
It always amuses me, that the kids make sure they’re clothed, but barefooted, when we go out to play.
Only to be stripping clothes as they go, running free, wild (and nude), climbing, splashing, jumping and exploring.
This is what I envisioned as a perfect childhood: space to play. 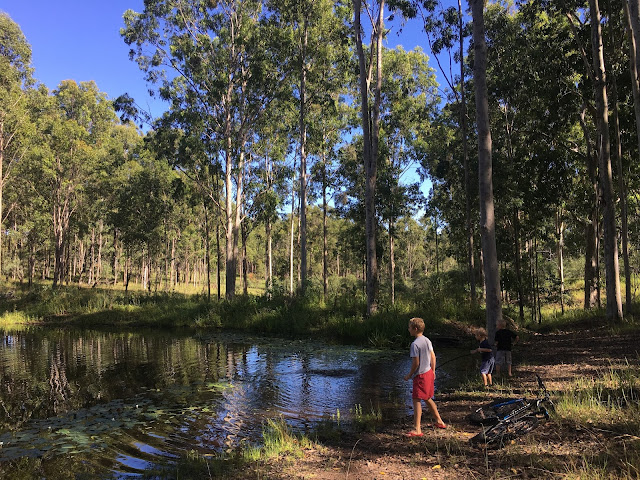 The dam, for sticks, stones and designs for rafts, 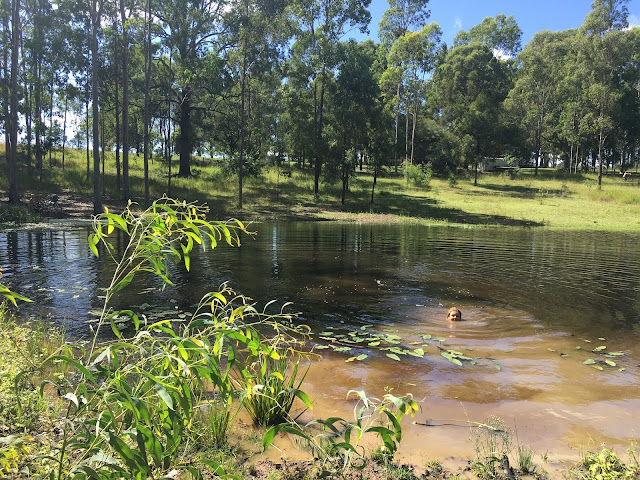 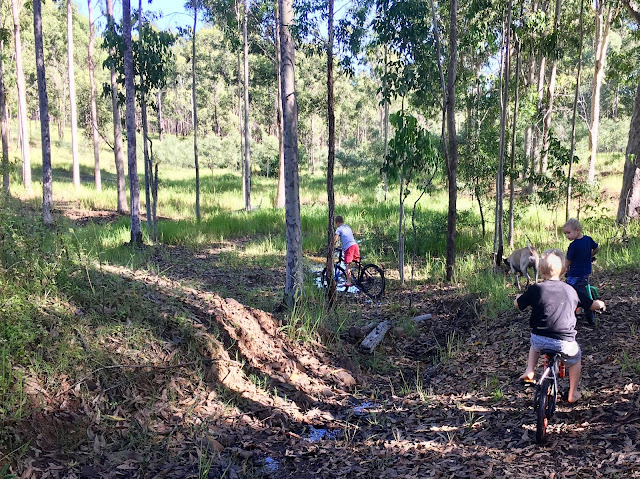 Many walking tracks, also doubling up as awesome BMX-tracks. 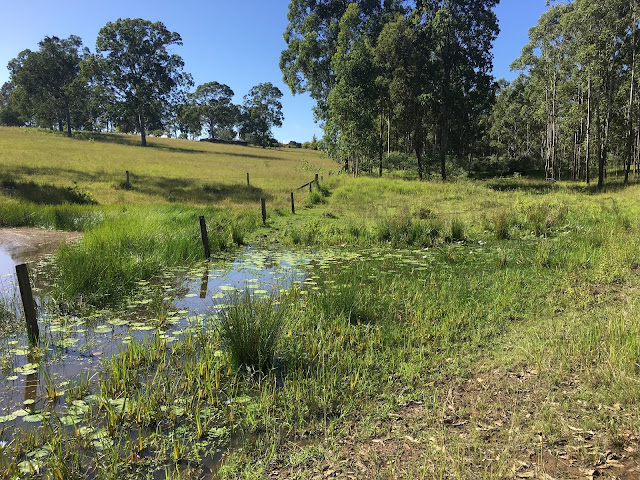 Coming up to the end of our forest, our gully, drains into the neighbours dam,
it’s such a serene place, about half a kilometre away from the house,
Just the birds twittering and dragon flies playing around you.
But don’t get tricked, it can get really spooky after prolonged rain, with a river pounding trough. 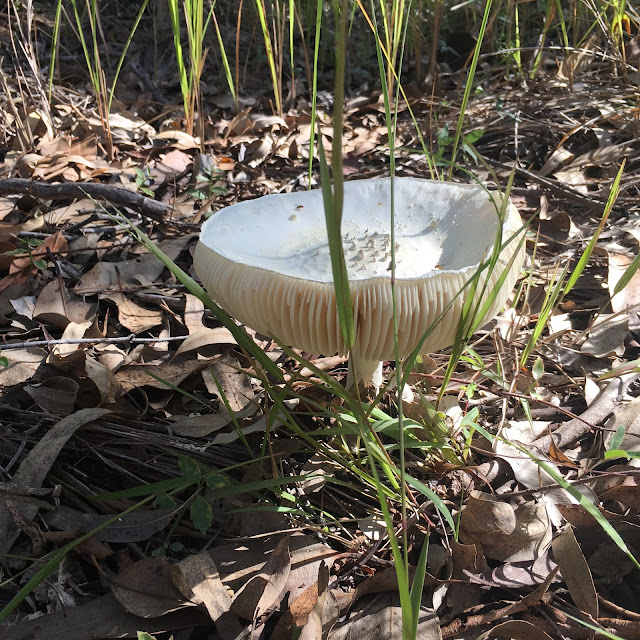 So many pretty mushrooms. 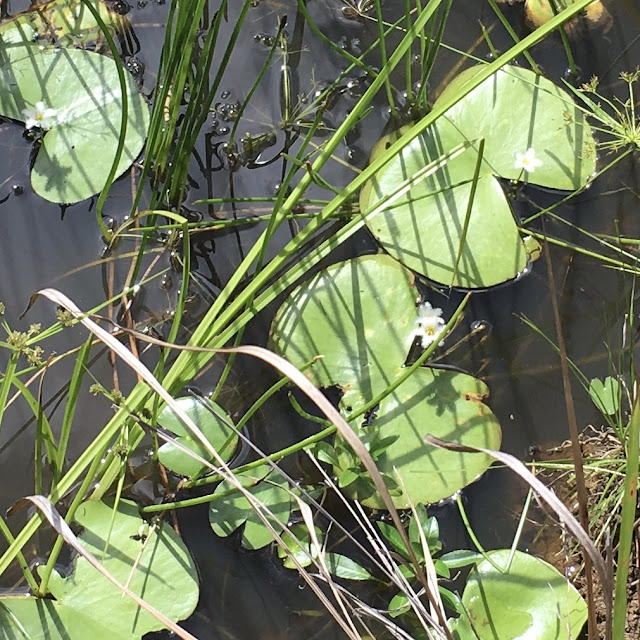 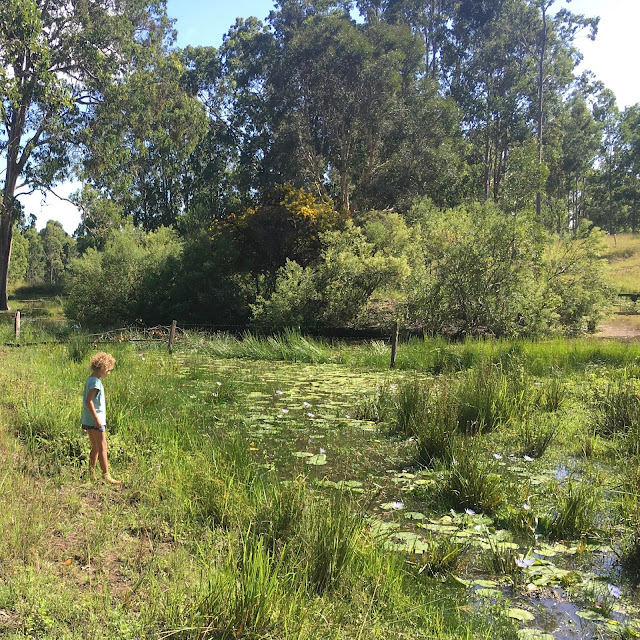 Checking out all the different types of waterlilly’s that are popping up in the dam and waterholes.
Sophie is in love with the blue tinged ones. 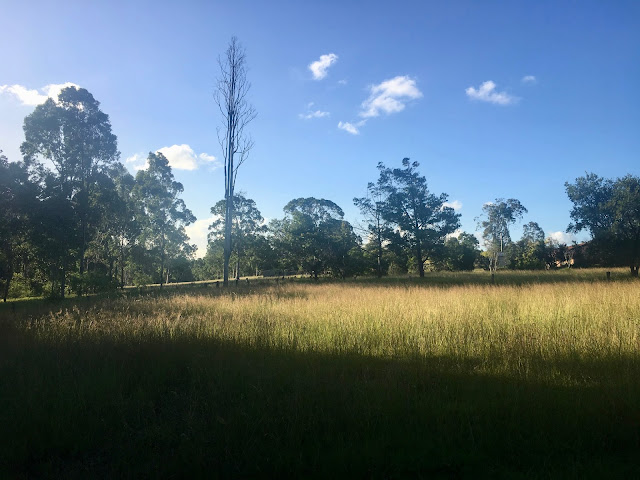 The one spot in the house yard that I’m not allowed to mow,
the kids tell me it makes a perfect spot for hiding games and Jedi fights.
All four kids and the dog are hiding and you wouldn't know if it wasn’t for their giggles. 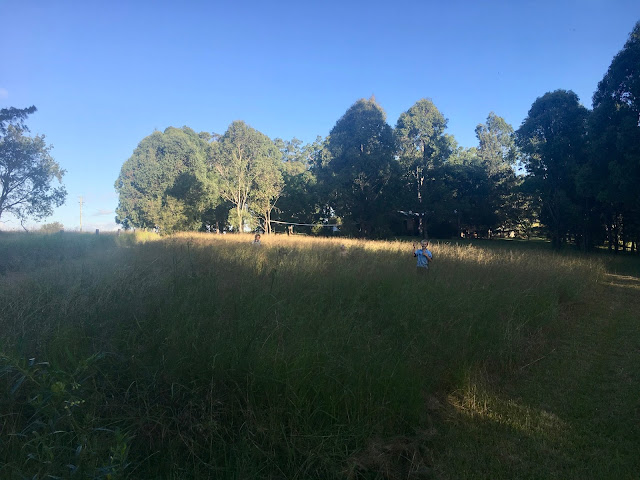 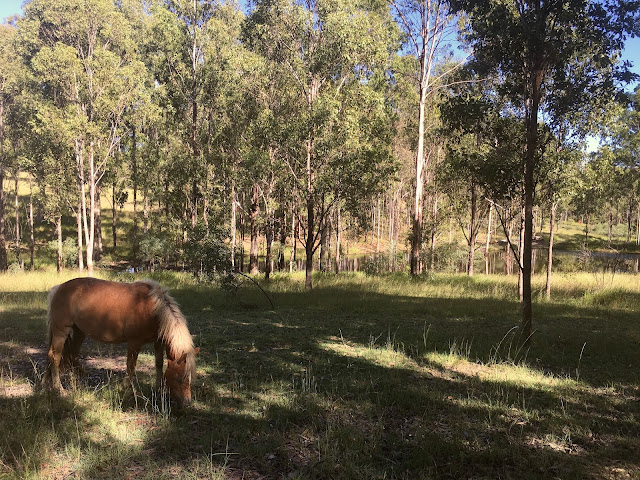 Laura has besides her paddock, the whole 20 acres of forest to roam, the girl loves running!
Same as with the kids, it’s great for her physical development to have space to roam. The rocky, muddy and hilly ground is making her very surefooted.

Last week we had her first training session, I enlisted the help of a professional trainer to guide me through the process.
Little miss bossy boots did great, accepting everything we did with her, no fuss. Plastic bags flying, noisy banging, sudden movements, overall touch or a saddle on her back. She was cool as a cucumber.
Until we got the part where she had to actually work. Like a belligerent teenager (that she is in horse years), she didn’t accept being told what to do and especially not by a man!  She threw a hissy fit that was just like any other strong willed three year old and then came back in for a cuddle.
We’ve got home work to do...