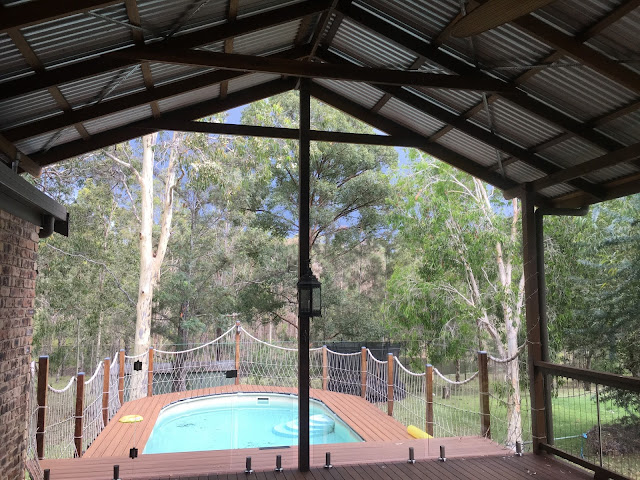 While we’re getting snow photo’s from The Netherlands, we’ve been enjoying some storms of our own. Including the white stuff, nothing soft about it though, some real big buggers pounding on the tin roofs and making veggie mash in the garden.
Game over for the cucumbers... 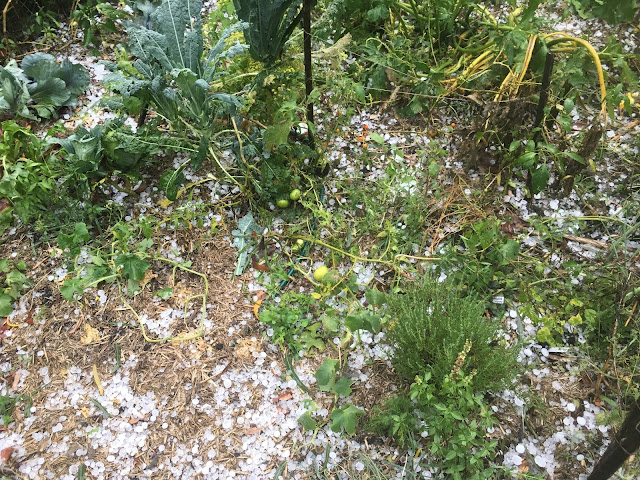 No other damage thankfully, down in the valley they turned into cannonballs tennis ball size.
Dented cars are very fashionable at the moment... 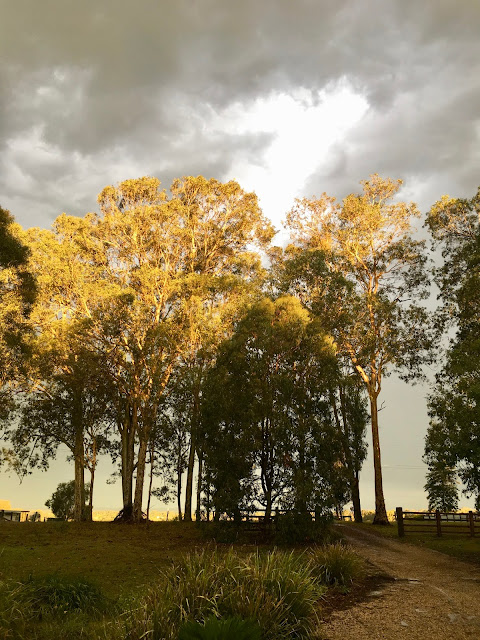 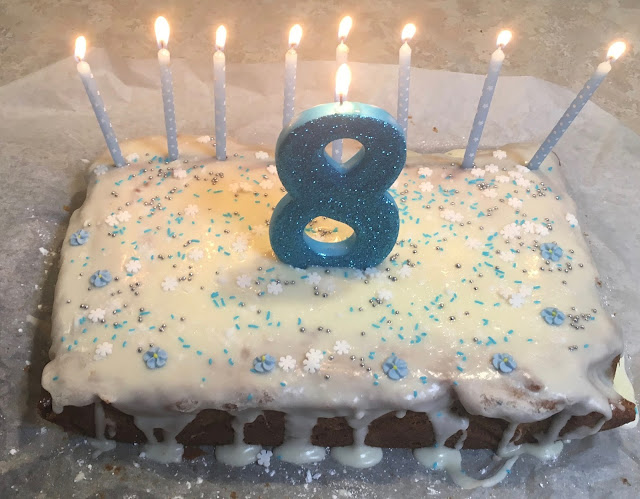 To stay with the cold and Frozen theme: Sophie’s birthday cake. 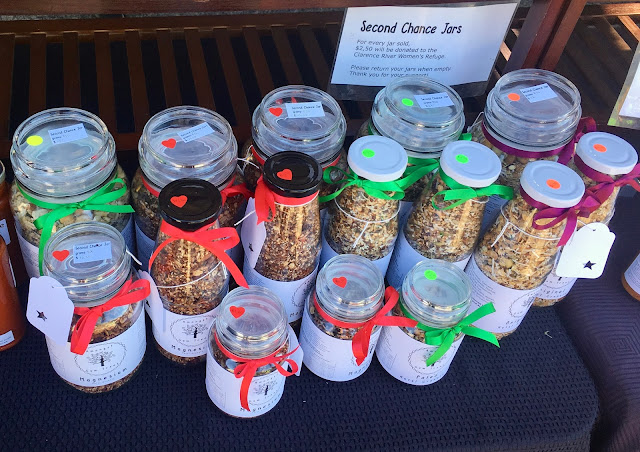 The last two months have been busy on the granola front with over 100 kilograms baked and bagged (or bottled) in orders and stock for the markets.
Especially the bottle side of things has been an awesome fundraiser for the local womens shelter, resulting in a $650 donation for this year. That's over 260 bottles and jars sold!!! 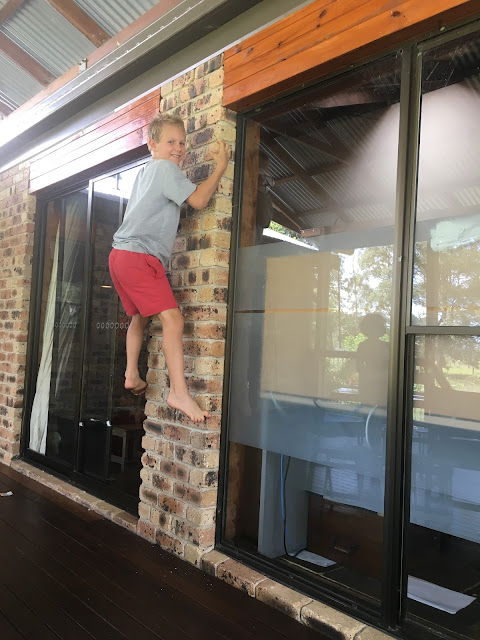 Tim and Alex have now progressed to climbing brick walls...
Alex: ”I’m not a monkey, I’m a gecko!” 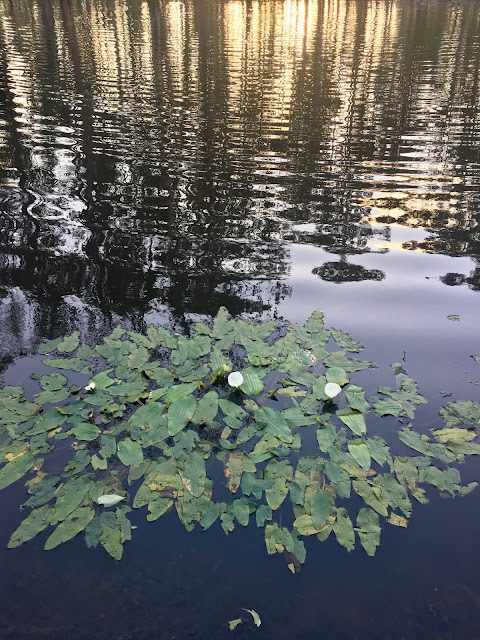 We had hoped to plant out our dam with water plants from the waterholes further down in the gully, wanting to go with plants that naturally occur here, diminishing the chance of introduced plants becoming a pest.
Only they all got washed away with the wild weather at the beginning of the year!
In the last couple of weeks, new plants have been popping up, different to what we’ve seen so far.
A quick dash to the local environmental centre: friend or foe?
We have a friendly swamp lily. A relief, I rather like them,
they will give plenty of shelter to all these new little creatures that are now calling this their home. 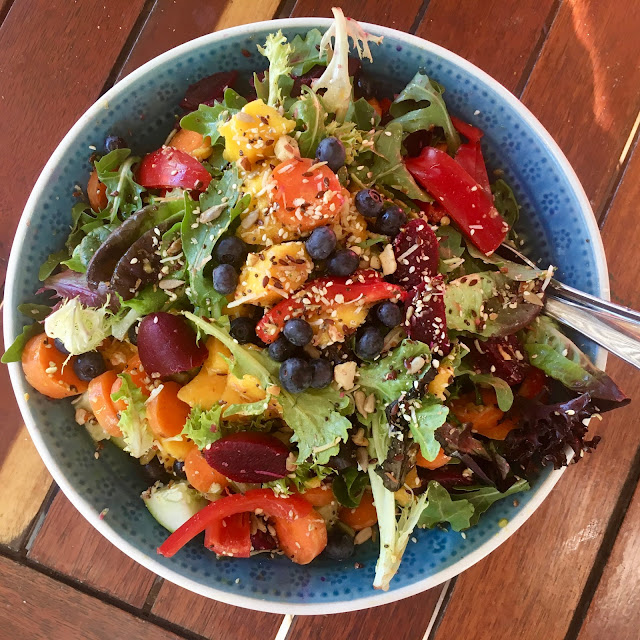 So far we’ve have a rather cool Spring and Summer, but change has rolled in with the storms, temperature predictions are going towards the forties now... Salad time! 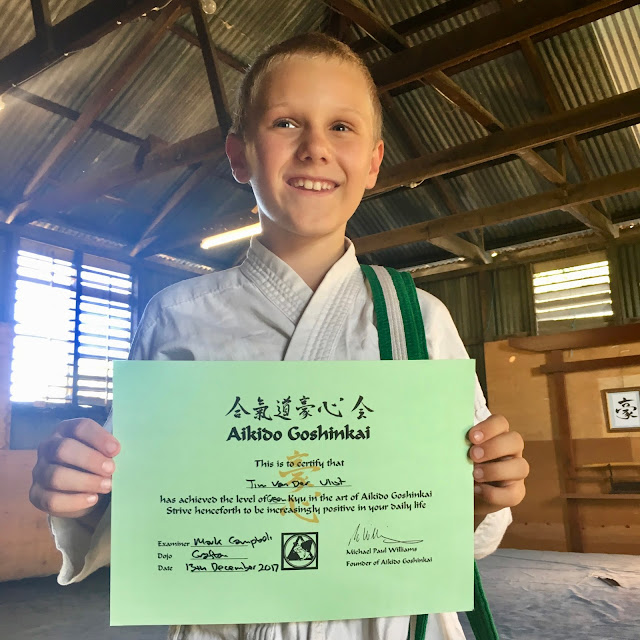 Kids had their last week of school.
With many graduation and end of year parties in their wake 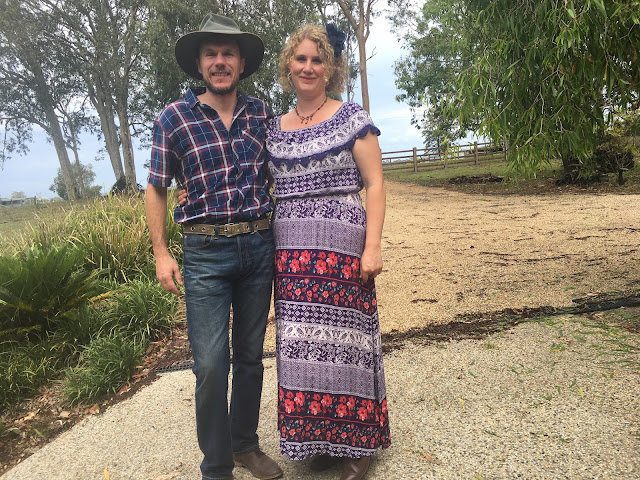 Including a dress up party thrown in.
We’ve got 6 weeks to recover before school starts up again.

December always gets a little crazy,
I’m looking forward to a deserted beach...