A candle for the spiders 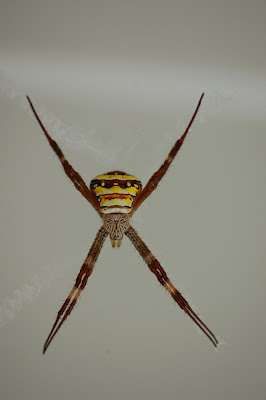 We knew we had some spiders on our back deck, they were pretty big, but looked pretty harmless to us in there beautiful spun web.

Someone told me that as long as a spider has a web, you don't have to worry, when they have a hole, they need poison to kill their prey.
And then we had a visitor who told me that the spiders we had there were venomous! So after Sander took a picture, he sprayed them... Dead.

To put a tag on his picture, he looked them up on internet. It turns out they were harmless after all! And actually considered beneficial for catching insects. We burned a candle for them. Sorry... Next time we make a picture look them up, and then decide.
(and don't listen to people with arachnophobia) 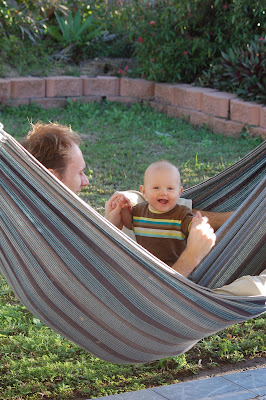 Tim and Sander in the hammock on the back deck