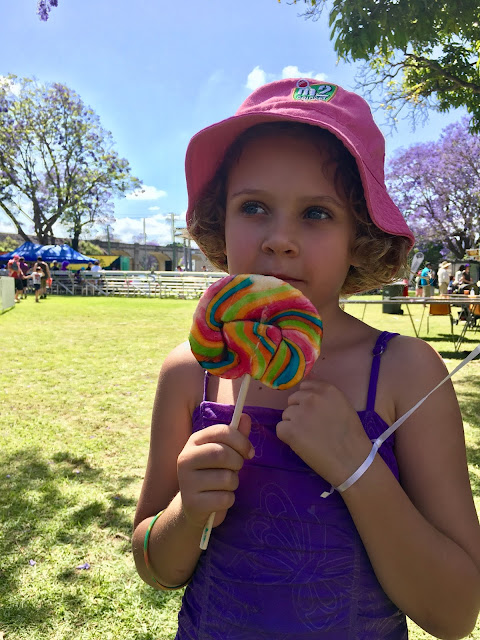 The jacaranda’s are all in flower, the whole town purple and the jacaranda festival in full swing.
We try our hardest not to run over all those tourist making selfies and petal angels on the middle of the roads...
Today a public holiday for Jacaranda Thursday, with markets, a carnival, concerts, family fun all through town and lots of dress ups. 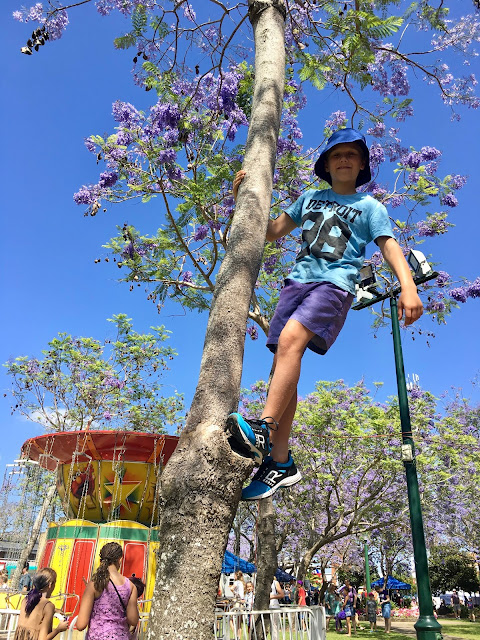 How awesome is it to have a festival in honour of flowering trees?!?!?! 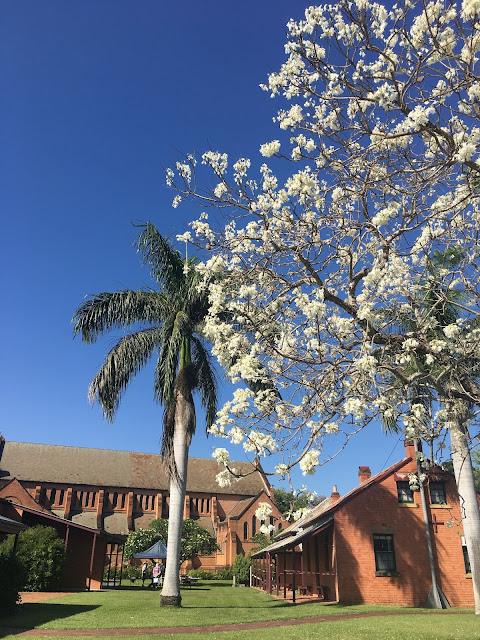 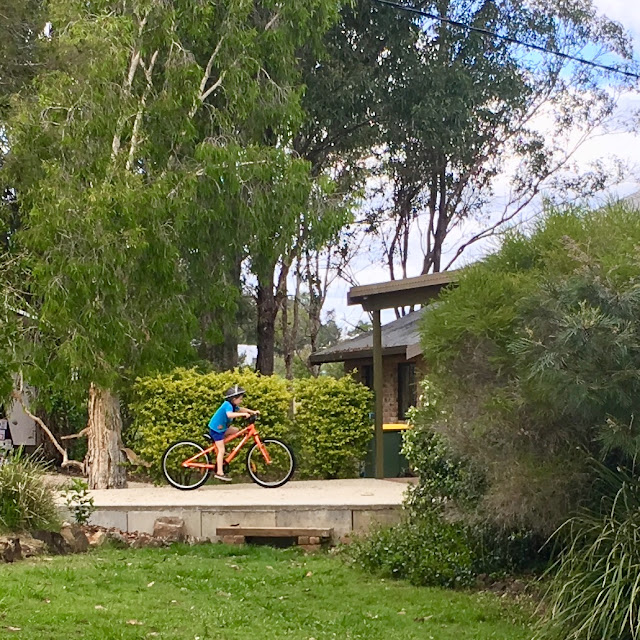 So we found a new bike for Sophie’s upcoming birthday.
Only to see Alex riding away on it a couple of minutes later! 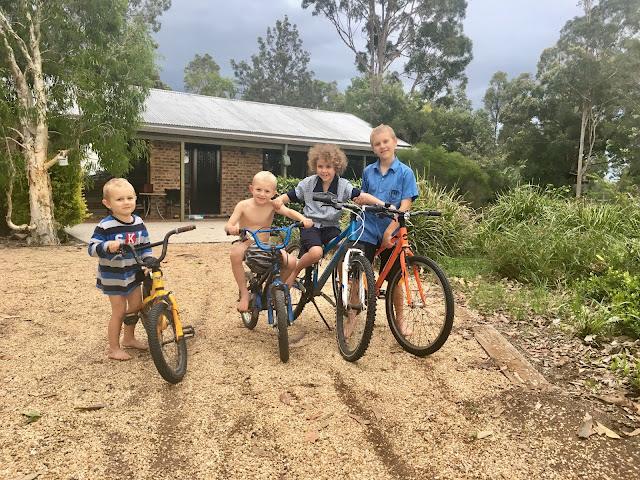 A bike swop that pleases everyone, for now.
Sophie on Tim’s blue bike, Tim the orange bike until his birthday in February, where it will then become Alex’s bike and Tim on a full size bike. David is happy to trade his balance bike for a pedal bike and is now practicing hard to ride it too. 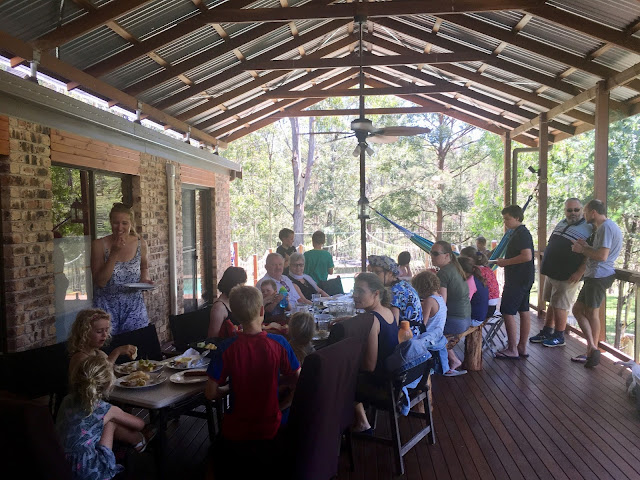 A Dutch of the Northern Rivers gathering. 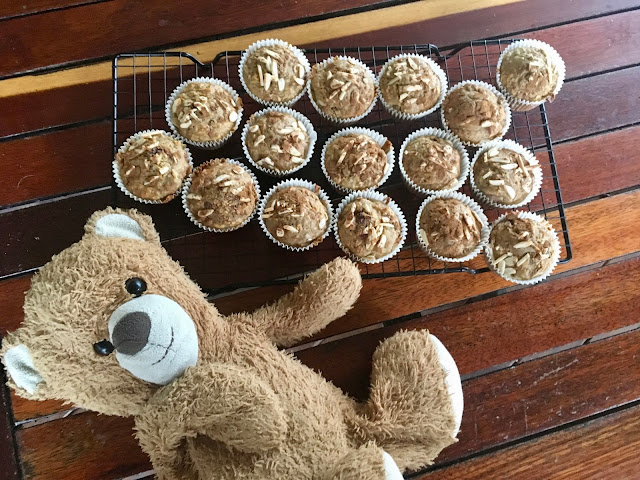 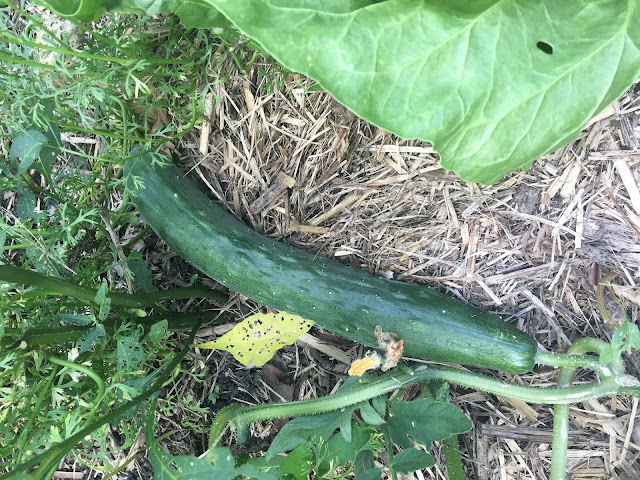 Picking the first cucumbers of many to come. 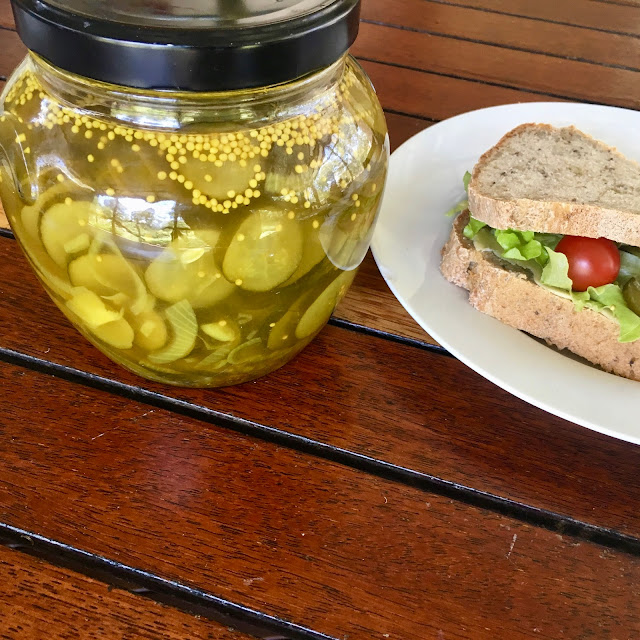 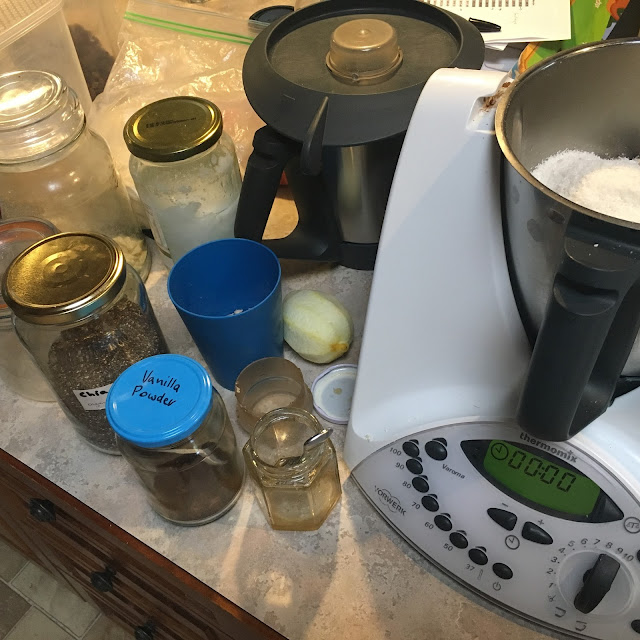 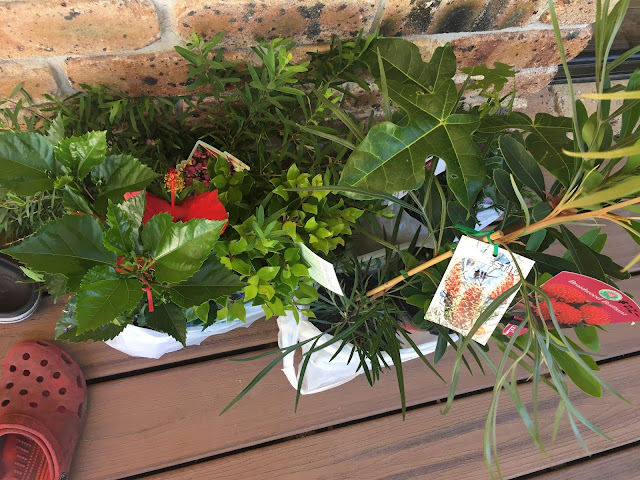 My favourite shopping sprees: plants.
Since my the veggie garden and border are now getting full and thriving,
I’ve started on the next bed. 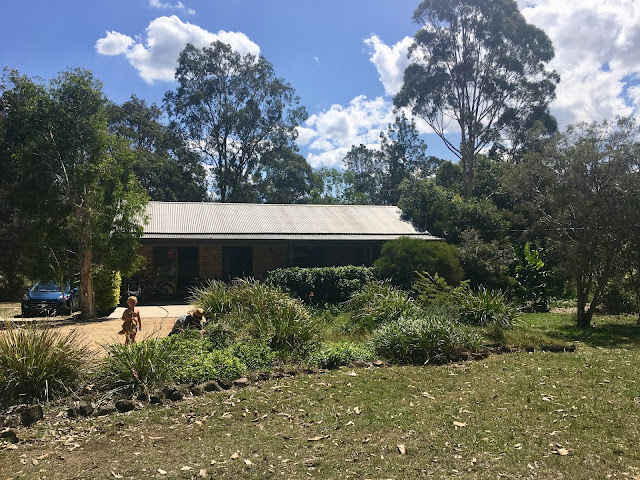 The front garden.
In a couple of years we hope to see it full and thriving too, with lots of colour and happy birds.
With hibiscus, a flame tree, a waratah, grevillea and lots of smaller bushes and ground creepers.
A purple jacaranda would go really well with all that red...