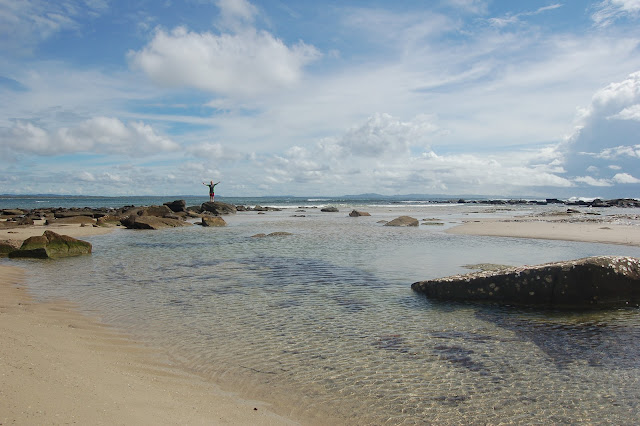 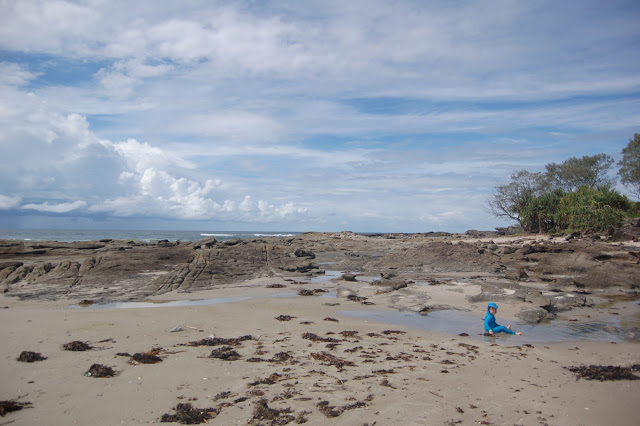 Sophie, our puddle monster. She spends most of her time in the rock pools. We had quite a lot of rain during the week, so lots of puddles on the camp ground. Into the second day we did't even bother with dry clothes again and put them both in their swimmers full-time. 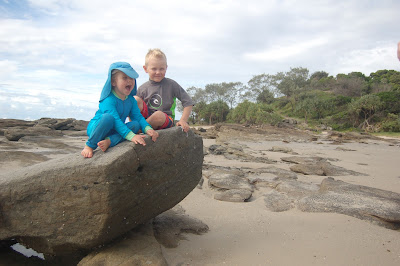 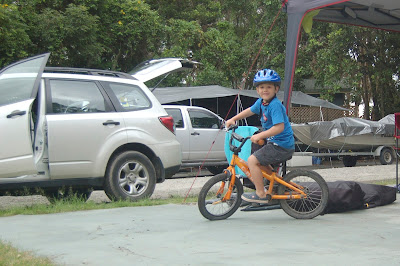 We brought Tim's bike again, within minutes he found some friends to ride with, it has just about stayed glued to his bum all week. 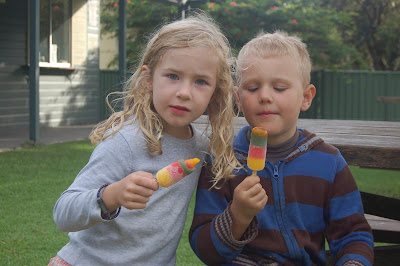 For me it was quite the adjustment with Tim, only 5 years but he getting very independent. After breakfast he would ride of with his friends and would only show up for a drink and more food. Other then seeing him racing past in the distance you would hardly see him all day. It's not a huge campground, his friends parents were known and also keeping an eye out for them, and we all set up one ground rule, don't go on the beach without your own parents. We trust him, his judgement and his manners. Nevertheless, it's still scary to loosen the reins. 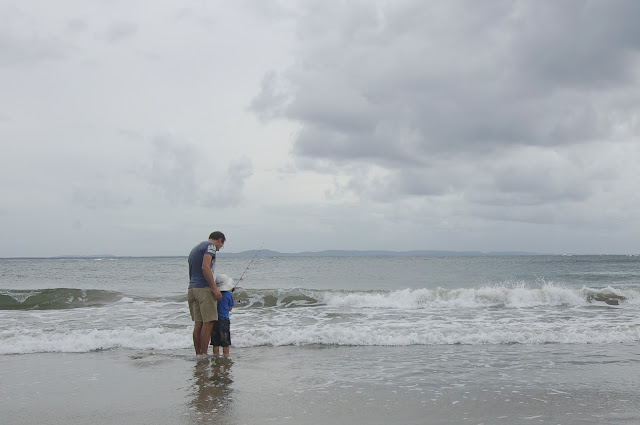 Our first try at fishing. 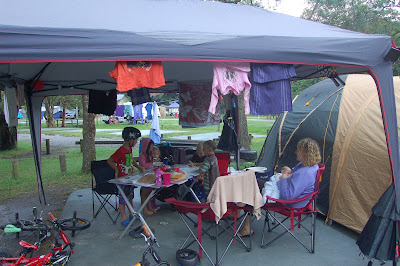 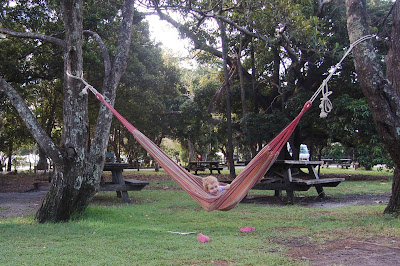 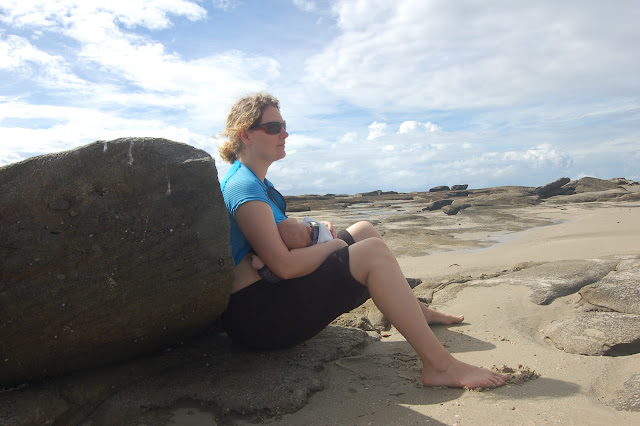 For me, this also became breastfeeding week. I've called Alex a milk monster before, but this week he became a milk junkie. Must be the fresh air making him hungry because instead of the 2 hourly feeds he went to hourly feeds! He has started to smile at us, makes up for it all. 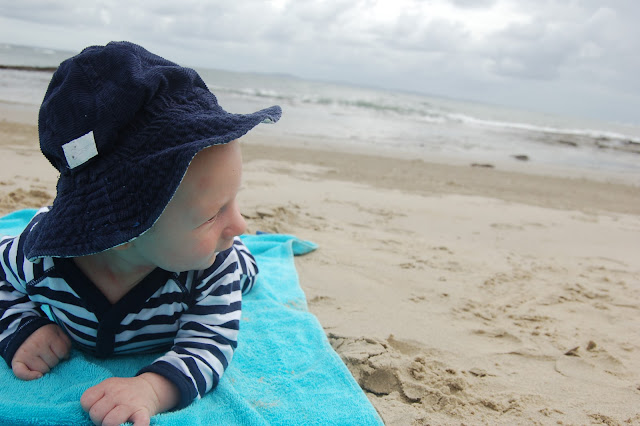 Alex, 9 weeks old, very much intrigued in the play of sunbeams.