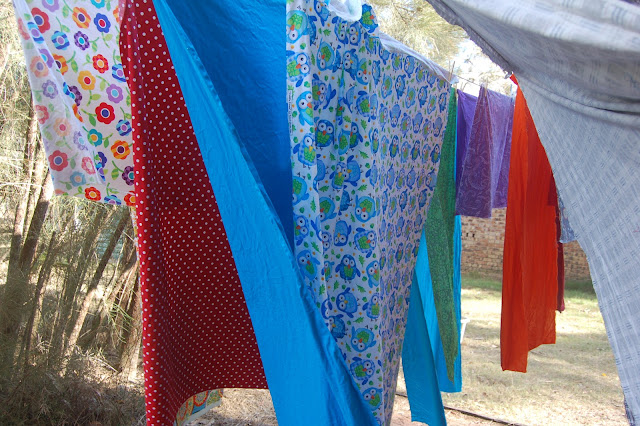 Washing my fabrics for future sewing projects: a snuggle rug/quilt for the couch, pyjama pants for Tim and an apron. 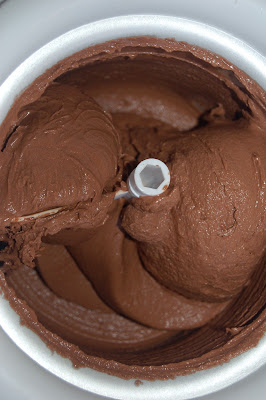 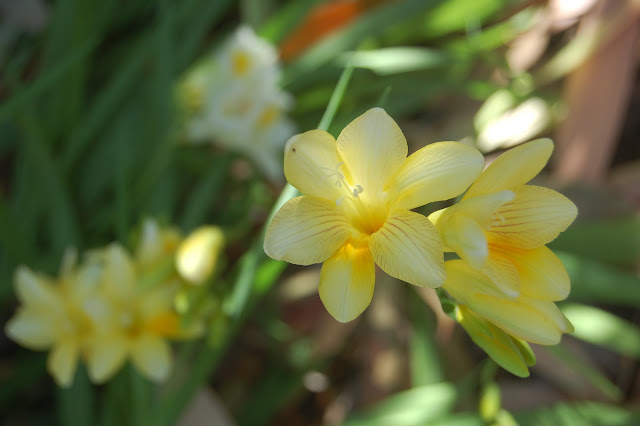 Making chocolate ice-cream for the Friday Dessert, this photo doesn't do justice to the taste. I don't think any picture ever will....

These freesia's and my lunar calendar tell me it's time for planting. With Spring just around the corner and the temperatures going towards mid to end twenties it's time for some serious action. All the seed-raising trays are sorted and filled with seeds for summer (watermelon, capsicum, tomatoes, chilies,...). Stakes have been hammered in and a masterwork of strings have been braided along them, beans seeds are put in alongside. Hopefully they'll give some shade to seedlings that will go in during the next couple of months. 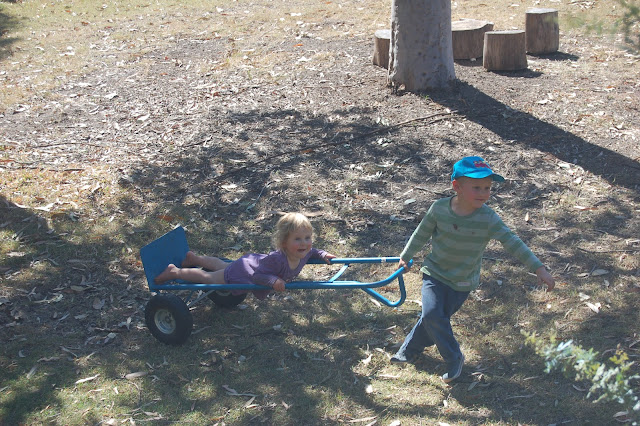 The kids have been troopers, helping with weeding, sowing, watering, collecting wheelbarrow loads of mulch for the chooks and buckets full of horse manure for the garden. It's all a big game for them, as it should.