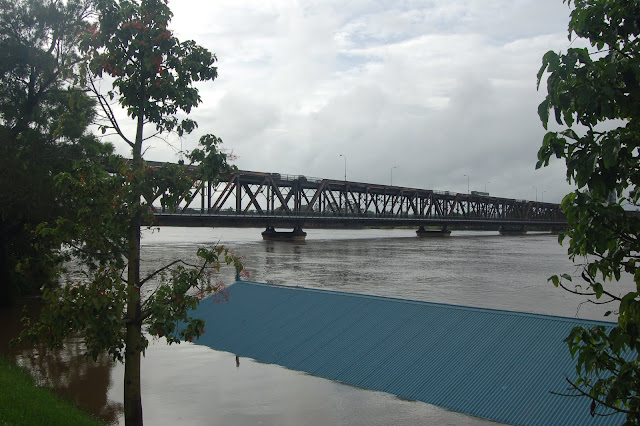 Last year january we were in Maclean, about 40km downriver from Grafton. The Clarence River flooded and Maclean got cut off for 10 days in a major flood. The levees held up, barely, the same went for Grafton. A year later and we’re in major flood again. 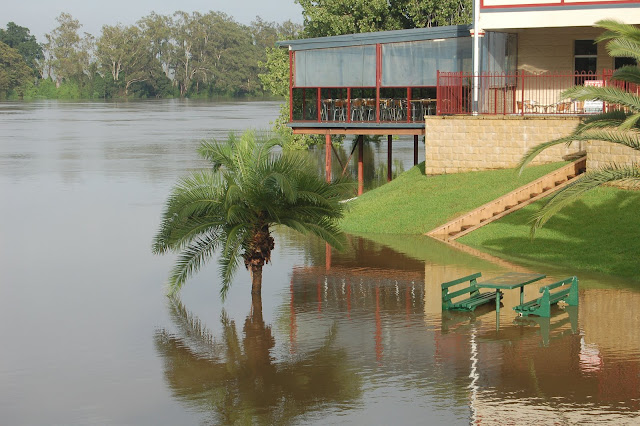 But oh how much we love Grafton. 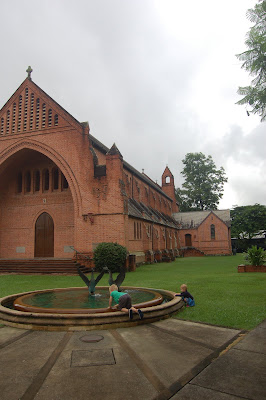 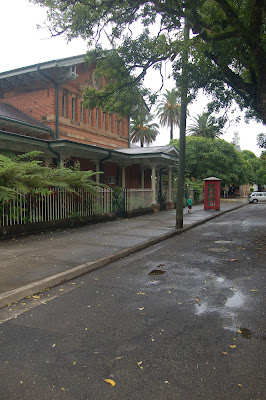 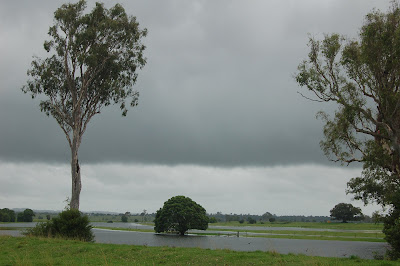 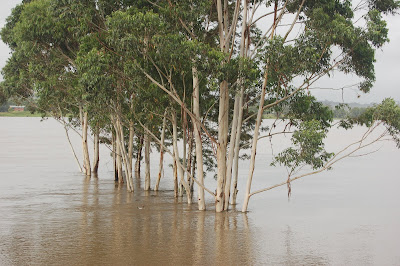 It just gets a little wet in Summer, but we’re used to that after 4 years in tropical QLD. 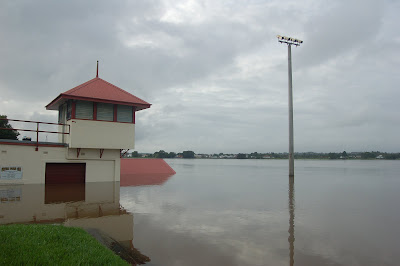 You just get your workout hauling rowing boats to the top of the levee wall while wading through thigh deep floodwater instead of actually rowing... 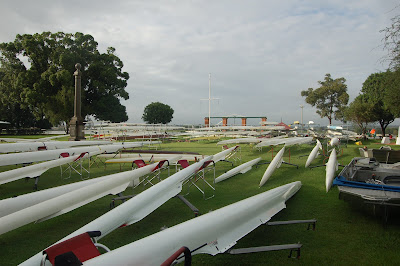 And the parks are either covered in water or filled with boats. 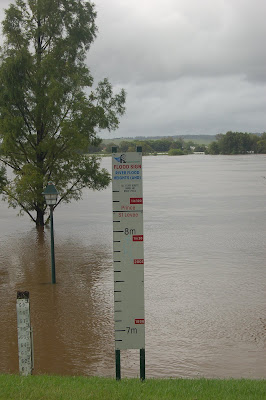 The river keeps is now steady at 5,5m but heaps more rain is predicted for the next week, let’s just hope the levees are still high enough this year.