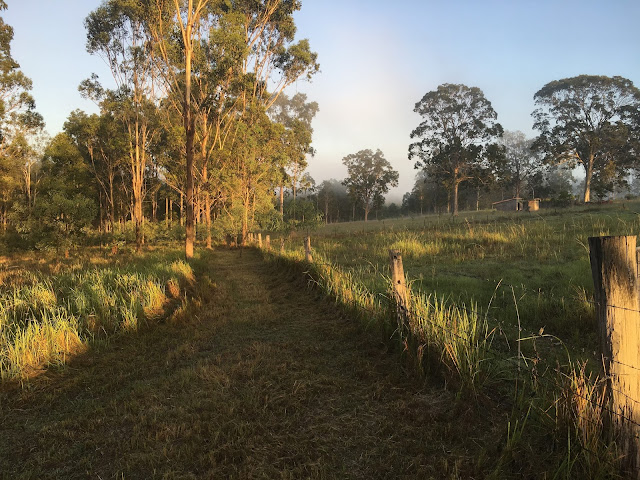 Our forest is about 17 acres, which we leave mostly undisturbed.
Through the middle, on the diagonal, runs a gully. We’ve dammed roughly a quarter of it, the rest is dotted with waterholes and with heavy rain the gully empties in the neighbours dam.
Our walking track runs along the fence line, until it hits the gully, which it then follows until you’ve looped back to the start. Also meaning, it leave a third of the forest cut off and inaccessible.
Until yesterday... 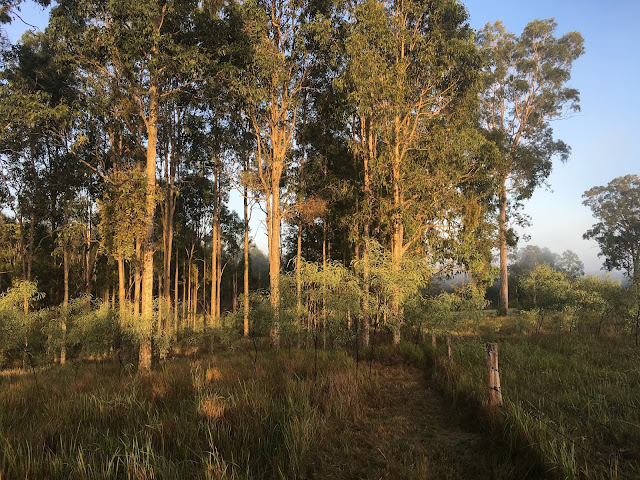 With jeans, closed shoes, long sleeved shirt, gloves, a bottle of water and a ride-on mower, I started making a new track. Sticking to the fence line, riding 5 very slow meters through the tough and high blady grass before needing to spend another 10 minutes clearing branches and stones.
A 37 degrees day, maybe we should have gone to the beach after all... 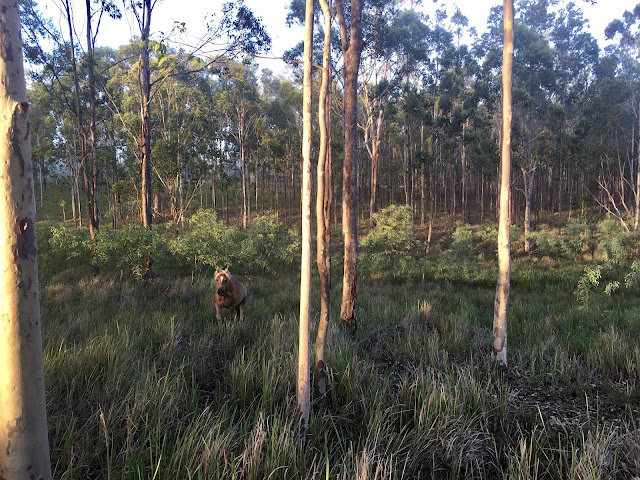 A new vantage point on Wattle Lane along the gully. 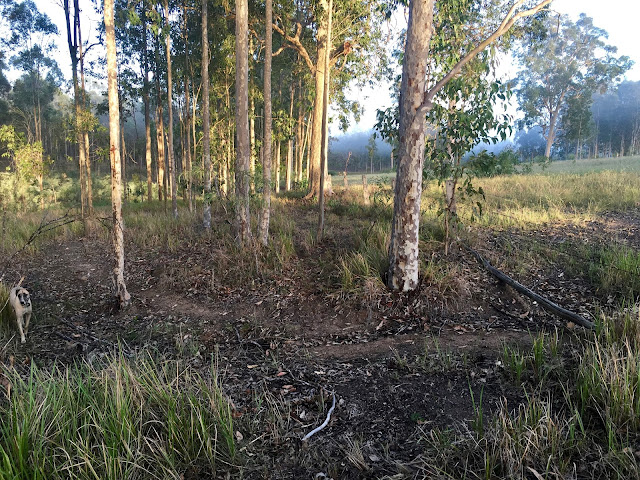 Discovered another little gully to wrestle the mower through. 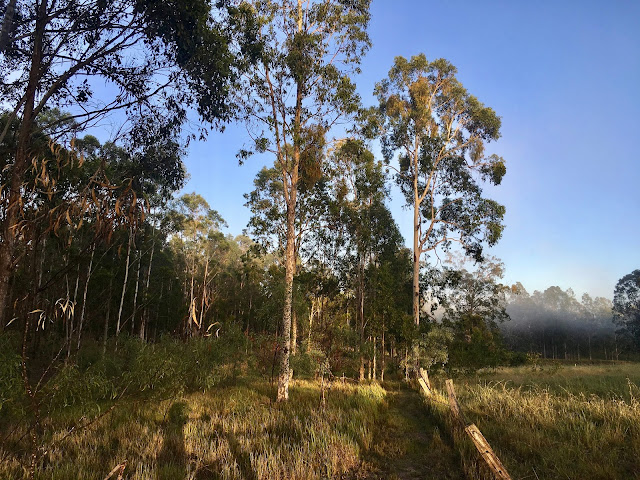 I found a couple of fences in need of a little TLC and some that where almost flattened by massive fallen branches. They’ve been temp fixed and resurrected, but it looks like I’ve got my work sorted for next weekend too. 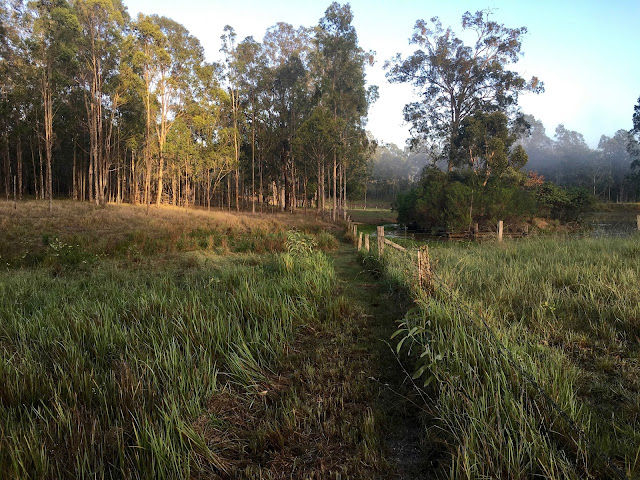 Hooking back onto the existing track at the neighbours dam. Mission accomplished!
I made it back sweaty and completely covered in grass and grime.
But with a very satisfied grin on my face.

I might add another track to loop back, later on.
For those wet months that the gully can’t be crossed without getting stuck in the mud.

The photo’s are from this mornings walk,
because who can resist a new path?
SaveSave