I’m about to do something scary and very unusual for me: writing about religion.

I’m not a religious person, don’t believe in organised religion. Too many wars are being fought in the name of religion, too many churches are filled with riches while there are still people going hungry and then there is the abuse of power. Having said that, I do believe there is more out there.

As a kid I read books from the Dutch writer Thea Beckman, she wrote a trilogy called Children of Mother Earth, I couldn’t have been much older then 10 at that time. But even twenty years later I still remember the peaceful balance with nature they found. Many other books made a big impression after that, the Swedish Marianne Fredriksson has made me think a lot about religion, of the beauty, the misuse and beginnings of it. 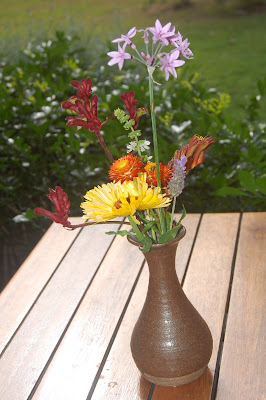 Our lives have changed a lot in the last 6 years, we have left the rat race of the Dutch cities behind and are in turn living a much more quiet life. Bit by bit we have surrounded ourselves with nature and are falling in tune with the seasons. Seeing the changes in the moon every evening, the stars scattered through the sky, the long and dark nights of winter, the warming sun in the day. It makes us content, but I feel there is something missing. Even in a slower life, time seems to rush by, I’ve written about this before (here) and it resulted in us starting to have a special dinner on Full Moons. We’ve also begun to stand still and look at the change in the seasons. Just looking around which plants and trees flower, which trees are loosing their leaves, which vegetable or fruit to be harvested, how the weather behaves. An innocent “I spy” game with the kids, looking for nude trees.

The longest night of the year, also called Winter Solstice is coming up (21th of December or July depending on which side of the world you live). While searching the internet for ideas to make this a celebration I got hit with loads of information, this is something that has been celebrated for ten thousands of years as the Yule Festival. In order to convert pagans into christianity it has been absorbed into Christmas. The candles, evergreen trees, decorations, it all stems back to the time before Christ.
Or look at Easter, celebrated with eggs and bunnies in Spring, symbolised by the return of fertility
(click here to read more)

Where in Europe public holidays like Easter and Christmas would mark the changing of the seasons. They are a bit silly celebrating them in the Southern Hemisphere. Don’t get me wrong, the Aussie Christmas is lots of fun in the pool and on the beach, but really christmas trees, snow decoration, reindeers. It looks very alien it the harsh sun. And chocolate eggs, what’s not to like, but there is not that much fertility to celebrate in Autumn... We’ll keep celebrating these days, just as a nice time off with family to go camping (like many Aussies do anyway).
What I crave, in a time where most celebrations are severely influenced by commerce, is to go back to the simple origins. I’ll be looking to implement those special days of the year into something to celebrate with our family.

I won’t go all “I’ve found the light!” on you, but I’ll tell you that some puzzle pieces found their home.
When you think of it, it makes so much sense that there is/was a tradition to looks at the very basics, all over the world, older then any religion. About living with the land, the support of communities, being in tune with nature, the joy of life, spiritual growth, having respect for the land and life that surrounds us and giving thanks for what it gives you. Paganism.

Uhm, isn’t that what they burned the witches for?