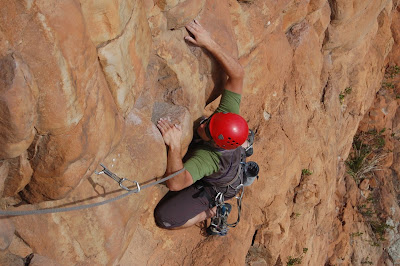 Reunion since our climbing at the Blue Mountains, old time friend Erik came down for some more rock squeezing and an occasional beer! 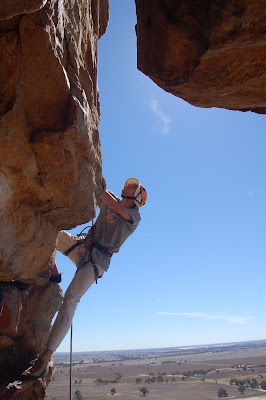 One of the highlights was a 120 metre, overhanging multipitch route. This featured an infamous traverse in the middle- forcing the climber to put his head down into a small cave and stick his butt up in the air (photo available by request only) 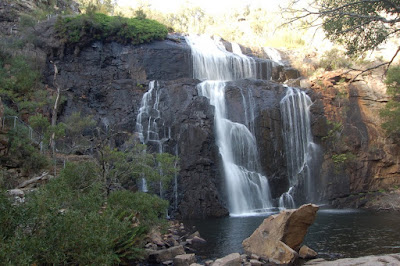 Sidestep into the Grampians with McKenzie falls as object for the lens. 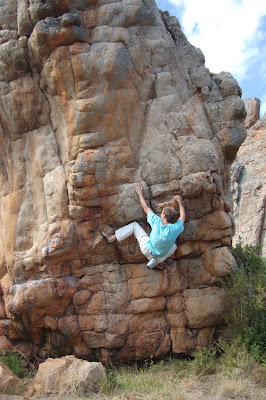 Several boulders around the main cliff allow the rope to cool down. Below you see me struggling in the "squeeze test". This is a narrow crack where you can enter on one side and give birth to yourself on the other. 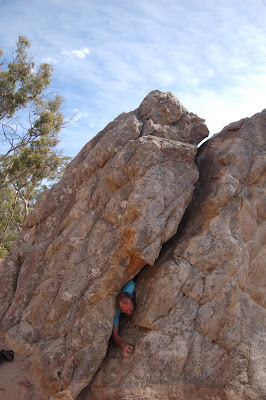 And finally some magic scenery on the Great Ocean Road. I was happy I could join Marijke to prepare for the cyclone. We ended up being cut off power for 2 days and 5 days from our telephone. Several trees and fences were blown over in our area but everything in our garden is still standing strong. Quality fencing mind you! 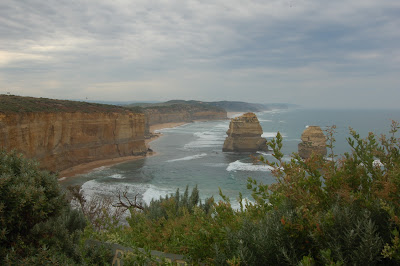